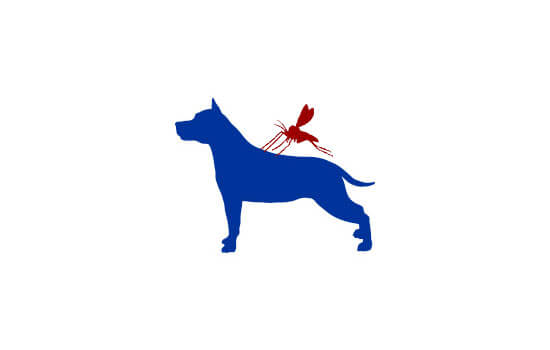 Leishmania in the Netherlands?

Why we address this specific topic on our website? Purely due to the fact that in our immediate environment we see an increase of dogs travelling from the southern Europe to the north and also because more and more dogs are coming to the Netherlands from southern Europe.

It is in our opinion a disease which in the future will be more and more present in the Netherlands and the rest of Northern Europe. Due to changes in our climate, the prevalence may increase in (non-) endemic areas or there may be a shift from Southern Europe to more cases in Central and Western Europe.

It may sound harsh out of our mouths, but we are firm believer in euthanizing animals that have diagnosed with the Leishmania disease in non-endemic areas. Of course, euthanasia does not make sense / or is simply impossible in areas where this disease is widespread.

Leishmania, or actually Canine leishmaniosis, is a disease caused by the parasite Leishmania infantum. The leishmania parasite measures a size of about 3mm and is found in more than 70 countries around the world.
According to scientific studies, it has now been demonstrated that millions of millions of dogs are currently infected in Southwest Europe.

The sand fly in southern Europe 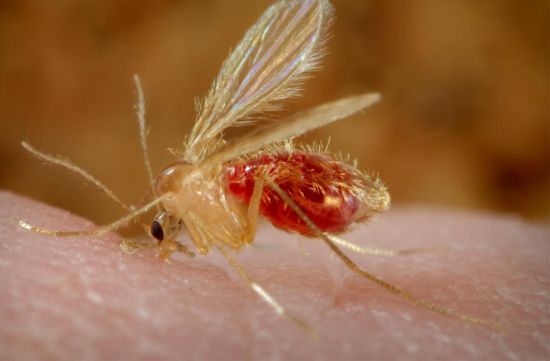 The parasites can encapsulate in spleen, liver, lymph nodes and bone marrow to become active, this can happen after months or even years. At such a moment that the parasite is encapsulated, the disease cannot be demonstrated by means of a test. Dogs with a weak immune system will get sick sooner.

The disease is not directly transmitted from dog to dog, there are always bites of infected sand flies necessary. Leishmania is not known to be transmissible from dog to person. It is known that people with a reduced resistance can get Leishmania through a contaminated sand fly. Leishmaniasis has a varying course.

There are dogs that become very ill fairly quickly, while other dogs only become ill years later (up to seven years) or remain completely symptomless. We have seen am staffs with breeders with an age of 18 months who were infected with this parasite and had the appearance of a dog of 12 years. We also know a well-known stud dog with a respectable age of ten years whose contamination is kept under control to such an extent that this dog carries no or hardly any characteristics of this disease.

Leishmaniosis is one of the most difficult diseases to recognize by its symptoms because this assassinators disease can have such a diverse spectrum of clinical signs. As a breeder or owner of the dog, Leishmania is often only thought of last. Until you have encountered this disease in your proximity.

Because we have already experienced some cases of this lingering disease around us, we standard test all our dogs annually. The dog can be a carrier (positive) without ever being ill. Over time, this can be weeks, months, or even years, and depending on the organs affected by the parasite and the stage of the disease, different disease symptoms can occur.

For example, in the general condition of the dog. We can see a progressively increasing lethargy, weight loss, despite the fact that the dog eats well or even eats much more. Movement problems and / or joint complaints. Fever, lethargy, anaemia (pale mucous membranes), enlarged lymph nodes in neck and knee cavity, diarrhea.

If we look at the skin complaints, we might notice the following; Dry flaky skin and wounds that are bad or not healed, bald spots around the ears, the nose and any bald patches on the body and / or head of the dog, crusts and fissures on the nose and foot soles and ulcers on the skin and in the mucous membranes, overall red irritated skin with possibly blue spots.

The diagnosis is a rather difficult story because of the different clinical aspects. In addition, there are several tests for Leishmaniosis that can be applied at different times or in combination from each other. If there is negative testing but the complaints remain, it is advisable to test again. There are tests that either demonstrate the DNA of the parasite or test which show antibodies against the parasite in the blood.

• The PCR test (Polymerase Chain Reaction). This test detects the DNA chains of the parasite. A dog that is carrier but not sill can be discovered in this way because the PCR test can reasonably determine whether the dog is positive or negative. This test is usually used for suspicious dogs without symptoms.
• The IFI test, (Immuno Fluorescence Defense Test) is a test that indicates the amount of antibodies against the parasite. A test which is recommended for dogs with one or more symptoms.
• The ELISA test is a test that offers a reliability of 80-100%, but can give false negative results in the early phase of the disease. In case of doubt, re-test after a number of weeks.
• And finally, we have the DAT (Direct Agglutination Test) test, which is a test for antibodies in the blood and – like the Elisa – can often give false negative results at an initial stage.

Based on the information given above, and practical experience, you may conveniently assume that a single test will not or cannot offer a 100% guarantee.

When we request the Leishmania test at the vet we always ask for an extra tube of blood to be taken from the dog. The first tube is used to determine whether the dog actually tests positive or negative. If it subsequently turns out that the dog has tested positive for Leishmania, the second tube is used to see what the current condition of the kidneys and the liver is.

If actual abnormal values are subsequently measured, it is often a confirmation of Leishmania, and according to the abnormality of these values the medication will be adjusted. Kidney failure is the largest cause of death of Leishmania.

If this disease is recognized in time in our American Staffordshire terrier, whether a puppy or adult, then this disease is generally good to treat. The treatment consists of a long course of treatment with the drug (s) allopurinol, meglumine antimonia and Miltefosine.

Allopurinol is a medicine in the form of a tablet. A drug which is originally used for humans, this medicine counteract the production of uric acid. It is mainly prescribed for gout and kidney stones.

Meglumine antimonia (Glucantime®) is a medicine specially designed to treat Leishmania, it is administered by subcutaneous injections. What strikes us is that these ampoules for human use cost a fraction compared to the variant for our dogs. The word commerce pops up in my mind.

Miltefosine (Milteforan®) is a medicine in the form of a solution. Side effects such as vomiting, diarrhea and reduced appetite have been reported in varying severity, but these can be prevented by administering the product with the daily diet. Miltefosine has been used for a long time in the treatment of people with Leishmaniosis.

We keep repeating it, the sooner the disease is diagnosed in your dog, the greater the chance of a successful treatment. The drugs do not kill the parasite but reduce the activity and delay the parasite’s reproduction. Patients are therefore not free from infection. When treated with allopurinol from animals with a normal creatinine level (kidney value), 75% are still alive after four years. In animals with an elevated creatinine level, not only the treatment methods are limited, but the prognosis is also much less.

We do not specifically discuss the various treatment methods, dosages, and time period since each case of Leishmania is an isolated case. Please contact your veterinarian.

Because the sand flies are most active around sunset and sunrise, we ensure that our dogs, when they are in a risk area, are inside before the sun sets, and only go out when the sun is back in the morning. In addition, avoid walking in wetlands. And avoid areas where many unprotected or infected dogs live.

It is recommended to wear an anti-tick collar, for example a Scalibor®, Advantix or Vectra Protector collar. Long live the fipronil! Even though I personally have serious reservations about effectiveness. Ok, the sand fly will most likely die after having once bitten the dog. But in my opinion, evil has already happened. The only advantage could be that the sand fly does not have the possibility to infect several dogs (in the vicinity).
In addition, use mosquito nets, gauze. Remove breeding grounds for the sandflies by removing waste and residues of organic matter.

At the moment there are two vaccines on the market against Leishmania. These seem to work only in dogs that do not have Leishmania. Only dogs that are Leishmania free may be treated with these vaccines. If not, the treatment will have a counterproductive effect. In case of doubt always carry out a blood test!

Having said that, in Spain where the disease is endemic, a petition has started to ban the Canileish vaccine. This is because of the many serious side effects. The second vaccine, Letifend, the same , also this vaccine is questioned by various authorities.

And last but not least

Although leishmaniosis in Northern Europe is still mainly an import disease, some autochthonous cases are currently known in Germany, Austria, Switzerland and the Netherlands. Leishmaniosis is a dynamic disease and changes in the environment and climate have an influence on the occurrence of sand flies and thus also on the occurrence of leishmaniosis in the future.
We are convinced that sand flies (just like the tiger mosquito !!) probably, and ultimately, will become endemic in Central Europe and Northern Europe.