The world championship this year was in Buenos Aires, Argentina.

Here is a short impression of an event, or better said an “expensive adventure” that will remain in our memory for a lifetime.

We left home with our “Michelle” without any proof of entering the show etc. on us. We “had to”. The only thing we had were the airline tickets. Fortunately, an answer to an e-mail sent to the organization on the day of departure indicated that everything should be ok. The entry papers we would get on the day of the show with the possibility of being able to change class at that moment in time when we are in Argentina. Via a stopover in Rome upwards and onwards to a show in a far- far away country. We were warned beforehand to take care of ourselves in terms of security. With giving away some “loose” dollars from time to time, we finally arrived safely on the Tuesday at the hotel with our dog.

We had a day off and spent our time in the centre of the metropolis (13 million inhabitants). All inexpensive, even in the most expensive clothing stores of Paris’s leading fashion houses, such as Christian Dior.

The first show, there were a total of 4 shows. We ordered a taxi to arrive at the hotel at 7am, needless to say that the taxi was not on time. So, we just stopped another taxi at random. Dog with bench in the back of the trunk, and this with the lid of the trunk open…

During the taxi ride the driver asked for 100 dollars and in exchange he would give us some pesos. No problem thought Max, because look…..after all there is a big rosary hanging from the mirror. Steffie was more doubtful of it all. During the money exchange, a sudden blow followed. The taxi ran into the back of another car, who had to make an emergency brake for stopping for a traffic jam. We had to stop another taxi, threw everything in the other car and we continued our journey.
Finally arrived at the show and when buying the catalogue, it appeared that the money we received from the taxi driver was all fake.

That day we had Argentinian judges; FCA-Show. RESERVE CAC / CACIB.

Again, a mess. The taxi we ordered ourselves brought us to the showgrounds, and we thought that everything was alright. All the things we had with us, our dog with bench etc. were put on the sidewalk and then we settled the bill. Given the experience of the previous day and the stories we were told, we only had cash with us, dollars, pesos and 2 fifty-euro notes. While paying, the driver pulls the money from Max’s hands, jumps into his car and drives away full throttle. Caught again!! During the show, a Brazilian handler lend us some money and we gratefully paid him back the next day.

A South American man from the Caribbean was the judge; FCA-Show. RESERVE CAC / CACIB.

Back in the hotel , the hotel hired us a VIP-car taxi connected to the hotel, a chauffeur for us, and this for the whole day. Because it became for us more exciting to arrive safe at the event and return to the hotel, than the whole show experience. And this while the 2 big major shows days were still to happen on the Saturday and the Sunday.

Arrived at the event safely, despite “ghost riding” and “sidewalk driving “. You just mention it, all is possible in Argentina. Steffie in the taxi with her eyes closed and the dog on her lap.

During the FCA Shows, the show system was slightly different from today and yesterday, which is the FCI show system. A little bit easier for Steffie. In the ring, she is the only non-professional handler. No earphone etc. Just striking to see this.

Around 13.00 a bang all of a sudden. Just at the moment the judge wanted to give Steffie the rosette for the Best-of-breed. There was an explosion of 2 gas grenades in the adjacent hall in the ring where the Argentinian Dogs were judged. Everyone thought of a terrorist attack like we had in London.
Dead dogs, injured people, more than 10 ambulances, blood from people who tried to escape in panic by breaking the windows and injuring themselves. Our hall was full with people crying because of the tear gas. Our judge, the ring commissaries, and writers all walked away.
We decided to stay at that moment, very unwise looking back, but hey…… at the end all was ok, this except for a few tears in our eyes. A little bit later we decided to look for a quieter place as well. Four hours later, the judging continued.

In the meantime:
A. All the Argentinian dogs had to leave the show
B. The crowd cheered in all the halls following the announcement that for the next few years in Argentina and Brazil it was forbidden to breed and show Dogo Argentinian Dogs.
C. the organization found out that a second attack was planned as well later in the evening in the ring of honour, which led to a super-safe situation around the ring of honour this because of the presence of the army and the police.

Our 5th World Champion was a fact: 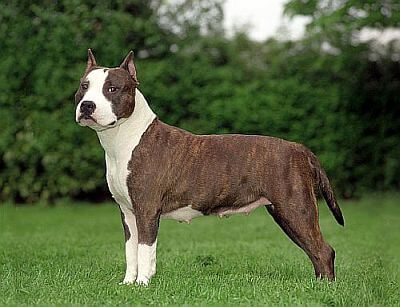 The total show ended at three o’clock in the morning. We were in bed at six o’clock in the morning. We were exhausted, but we started our journey home with a total different feeling. We experienced a completely different culture, with striking differences between “professional set up shows” in North and South America and “non-professional show set ups” as we see here in Europe. A world of difference.

For example:
A. All handlers help each other as much as possible, inside and outside the ring. They have a private hall where they can sleep at night with their dogs.
B. The owners of the dogs to be shown are usually not present at the show itself.
C. A non-professional handler immediately stands out. Like Steffie. All help is then offered, even if you don’t ask for help. On the way to the pre-judging ring, just before entering the ring of honour, she was “escorted” by 3 professional handlers. This again, help without asking. Also on her way to the waiting area, just before entering the ring of honour Steffie was given tips. Nobody got “allowed” within one meter behind Steffie, within a meter left of her and within a meter to the right of her. I have never seen anything like that. After each judgement round we were offered a local dish by the handlers and this with a special tea or coffee. Even so-called “coca tea” if we wanted.

An audience like we do not really know here in Europe. Temperamentally cheering during the judging of the dogs. This for each breed and for each exhibitor. What a difference with our European shows. The difference should never be approached as negative by a European. At least, with someone who wants to discuss this, we won’t. This would be wasted energy for us.

If you keep the outbreaks which are a result of poverty in this country on the side, the Argentinian people, for the short time we were allowed to experience them, and based on a normal social environment, are proved to be a proud, chique, kind, very sensitive and helpful people. Where I see ourselves often as spoiled and intolerable. We as Europeans can still learn a lot from this. As well in the little Dutch dog world of “around the church tower”.

I leave you in peace with the comment, also in the name of Steffie, to hopefully stay at least one time more in that country during a holiday but then without the stress that a WORLD DOG SHOW or another Expo entails, which means without any dog(s).