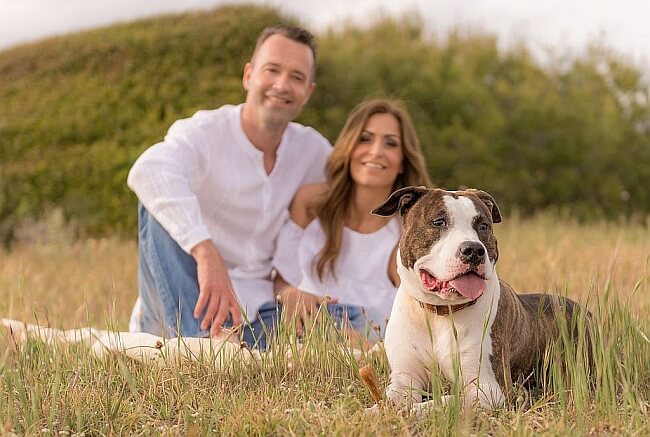 The fact that many people prefer to go for a turn when they are face to face with our breed, is reason enough to consider the AmStaff as a watchdog.

Frankly there are other breeds which have better character traits to act as a watchdog. Dogs like the German Shepherd and the Rottweiler would be more suitable. In spite of this, the AmStaff is high in the top ten list of the best watchdogs.

Just the fact that our breed sees humans as their best buddy would make you think.
Despite this wonderful trait, an AmStaff knows very well when there is potential danger. He will do everything to protect his family members.

Our experience is that a bitch is predominantly more vigilant than a male. That of course, depends on the specific character of the dog.

There are many stories about Am Staffs who, for example, resqued his owner from a burning house, saved a child from drowning or remained close to his owner until help arrived.

Slogans like “The ultimate dog”, and “Faithfull till the end” are hitting the nail right on the head!